Objects Like Us, The Aldrich Contemporary Art Museum, Ridgefield, CT

We are pleased to announce the work of Michelle Segre will be included in the upcoming exhibition Objects Like Us at the Aldrich Contemporary Art Museum in Ridgefield, CT. The exhibition will be on view from May 20, 2018 through January 13, 2019, and will feature more than seventy tabletop art objects by fifty-six artists.

For more information about the exhibiton, please visit www.aldrichart.org. 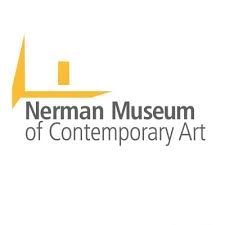 Michelle Segre will be in included in Ephemera at the Nerman Museum of Contemporary Art, Overland Park KS. The exhibition will be on view from October 19, 2017 until January 28, 2018. 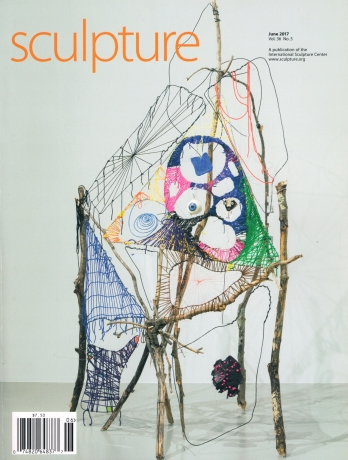 We are pleased to share that Michelle Segre will be on the cover of Sculpture Magazine. The June 2017 issue will feature a conversation between Segre and Michael Amy discussing the artist's recent work, use of unorthodox materials and cosmological allusions.

In its ninety-second competition for the United States and Canada, the John Simon Guggenheim Memorial Foundation has awarded 175 Fellowships (including three joint Fellowships) to a diverse group of 178 scholars, artists, and scientists. Appointed on the basis of prior achievement and exceptional promise, the successful candidates were chosen from a group of nearly 3,000 applicants.

at Rosenwald-Wolf Gallery at The University of the Arts

The Rosenwald-Wolf Gallery of the University of the Arts is pleased to present the Philadelphia one-person premier of New York sculptor Michelle Segre.

Segre’s organic works are an eclectic amalgam of new age naturalism joined with Arte Povera. In her early work, she constructed large-scale naturalistic enlargements of mushrooms and of bones, perhaps sharing a kinship with Nancy Graves or Roxy Paine. These conceptual structures, however, were only the starting point; she now creates   monoliths of assembled allusions, chimeras of consciousness, exploring various biomorphic iconographies, mycelia exploding into open fiber or wire webs. Space is punctuated and punctured, wire is used as line, threads connect objects suspended in space. She works with illusion and radically eclectic materials: papier mậché, driftwood, loaves of bread, mold, fungus – references that spiral outward into the world with nonlinear, psychedelic abandon. We notice analogies to Native American God’s Eyes and macramé, her fiberworks like Faith Wilding and Annette Messanger. Her use of bright color harks back to Yves Klein and forward to Franz West. Although this color might initially seem playful, a closer examination points to issues of life, death and transcendence: ways of sustaining a soulful artistic practice. 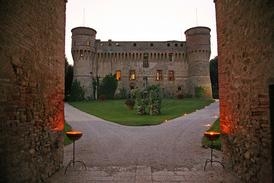 Artists require unfettered time and space to engage in their work and the world. Building on the legacy of our founder, Ursula Corning, the Civitella Ranieri Foundation opens the doors of its 15th century castle in rural Umbria annually for four six-week residency sessions of self-directed studio and work time. Each residency community brings together accomplished international artists, writers, and composers at emerging and established moments in their careers. They are joined by a limited number of invited Director’s Guests to foster a robust contemporary dialogue that transcends disciplines and geography.

NYFA provides unrestricted grants of $7,000 to New York-based artists through its Artists' Fellowships. First launched in 1985, the program has provided over $27 million in unrestricted cash grants to artists in 15 disciplines at critical stages in their creative development. The funds are unrestricted, and can be used in any manner the artists deem necessary to further their careers.

The extensive list of past awardees includes the winners of five Academy Awards, five Tony Awards, eight Pulitzer Prizes, two National Book Awards ,and 15 MacArthur ''Genius'' Fellowships. The funds are unrestricted, and can be used in any manner the artists deem necessary to further their careers.